Fall trip to the Cider Mill

Fall is my most FAVORITE time of year. I'm sure it is for a lot of people. I mean, pumpkin spice everything, along with the cooler weather, bonfires, the leaves turning gorgeous colors... it's pretty much perfect. I got very excited to head to the pumpkin patch this year, especially since Liv is at such a fun age and I thought that it would be a fun family outing. We decided to drive a bit to the Louisburg Cider Mill, which, along with all their apple goodness, also boasts lots of fun activities for kids, hay rides, and a large pumpkin patch too. 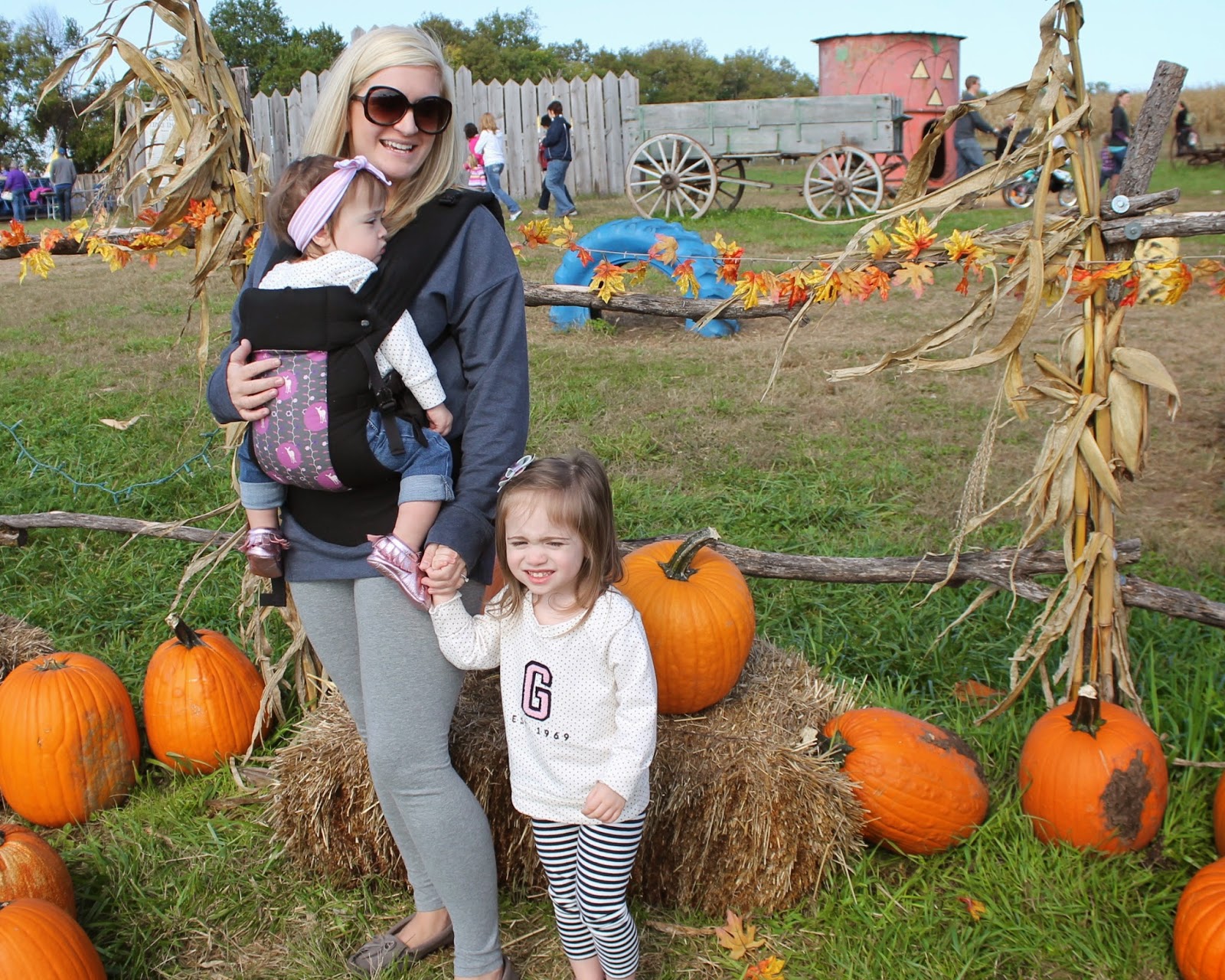 I'm so incredibly thankful for baby-wearing--it was SO MUDDY from all the rain and the pumpkin patch was definitely a less than ideal situation. The stroller probably would have been stuck in the mud (like our van was before some nice people pushed us out.) I wore Liv and Brian ended up carrying Miss Hannah for most of the time. I will say, that grabbing a wheel barrow and actually making a plan, just might have helped a bit. We ended up wandering around in the mud and then deciding to just grab one of the beautiful pumpkins that they had gathered near the cider mill instead. 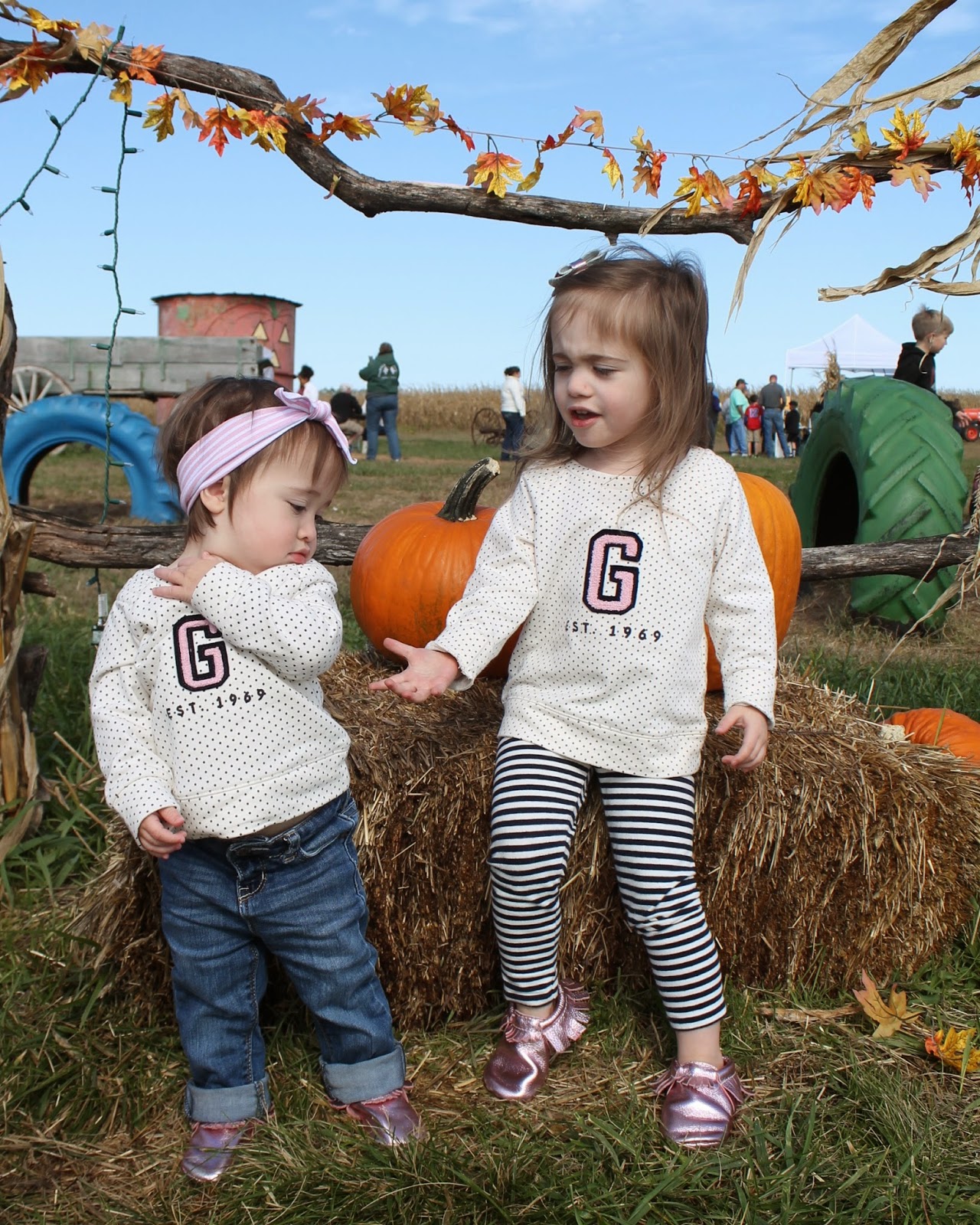 In case you needed a laugh. This picture describes my children to the TEE. Hannah was yelling at Liv because she wouldn't hold her hand. She's such a little stinker. 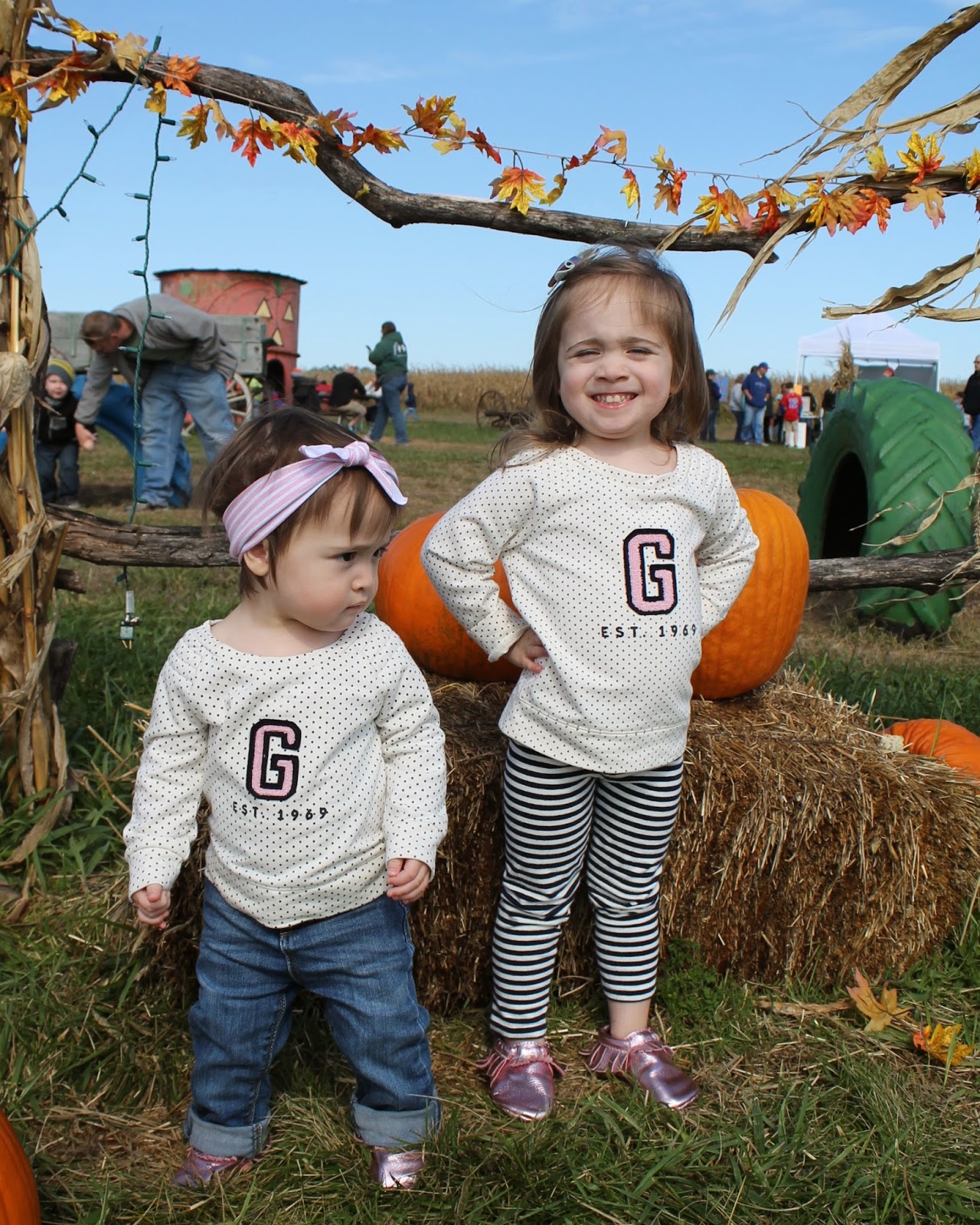 Another perfect shot--this is the amazing face Miss Hannah now makes when we tell her to smile for a picture.  I seriously died laughing. 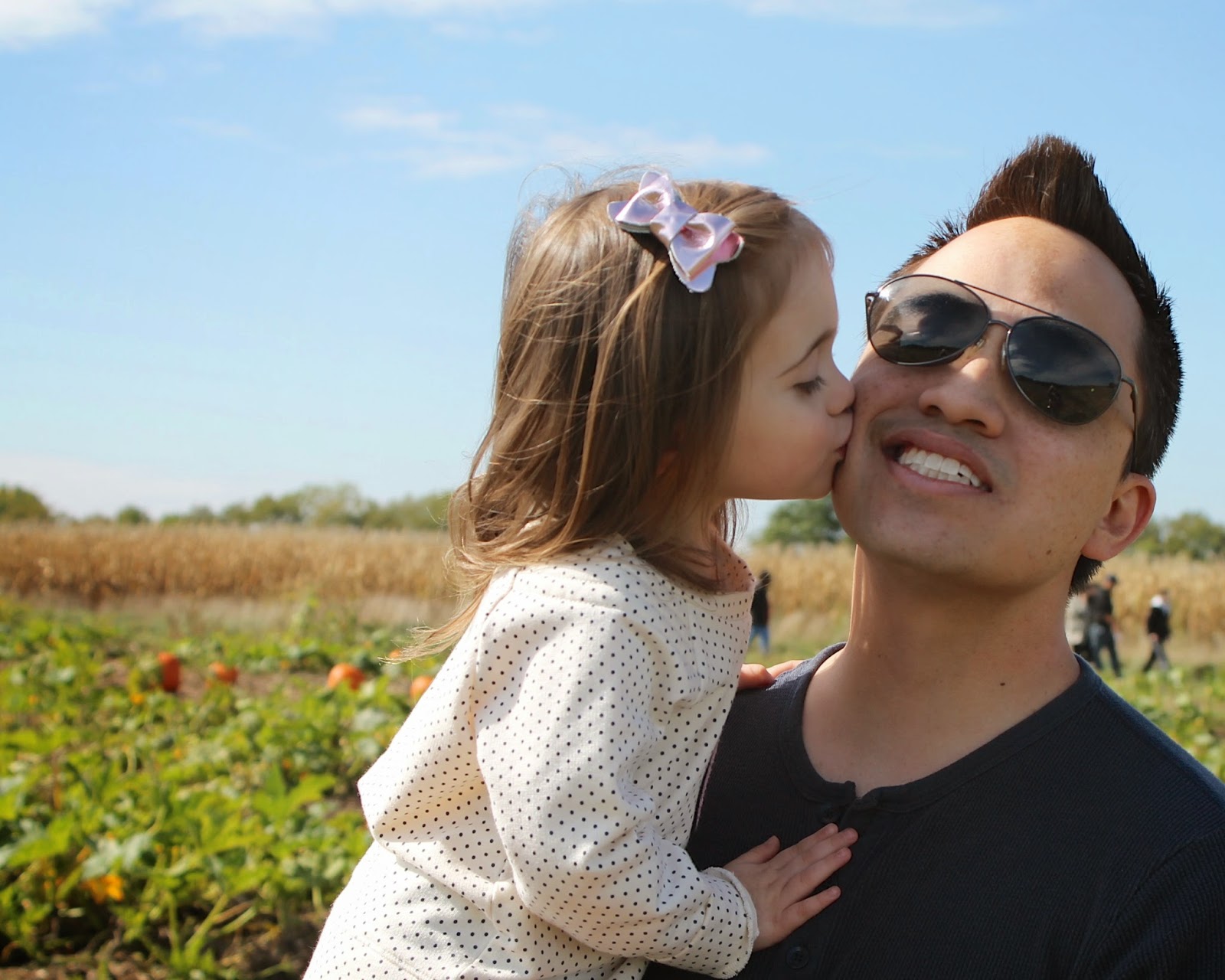 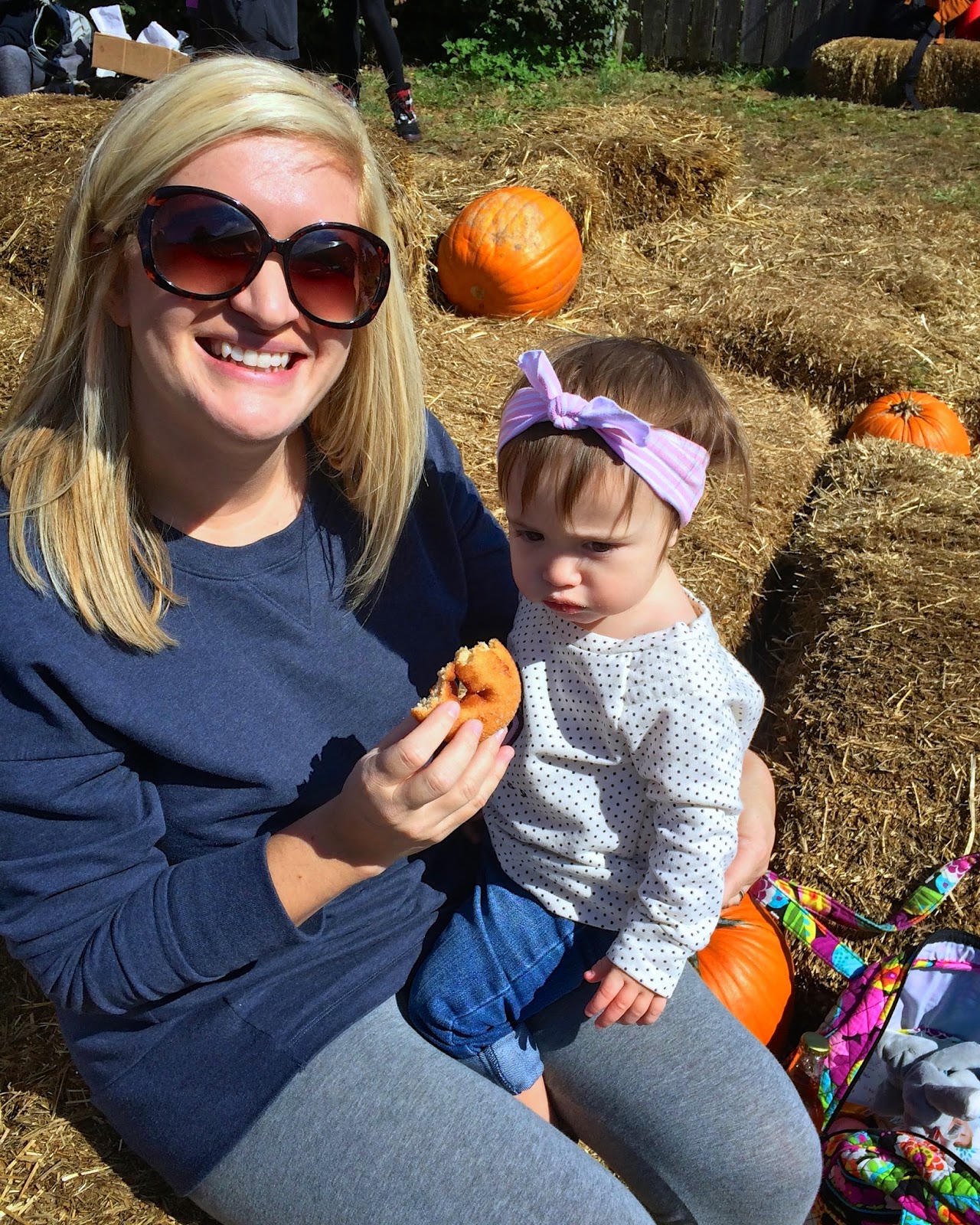 The hot apple donuts and cider were seriously amazing. We finished off half a dozen in about five minutes... I'm pretty sure Liv ate three. I had a sparkling cider that was so good, and Hannah got a kids apple sipper in a cute little apple shaped cup with a twirly straw. We sat and enjoyed the gorgeous Fall weather and the girls played on the hay bales. They had viewing areas in the barns where the girls could see them making the cider. It smelled heavenly. 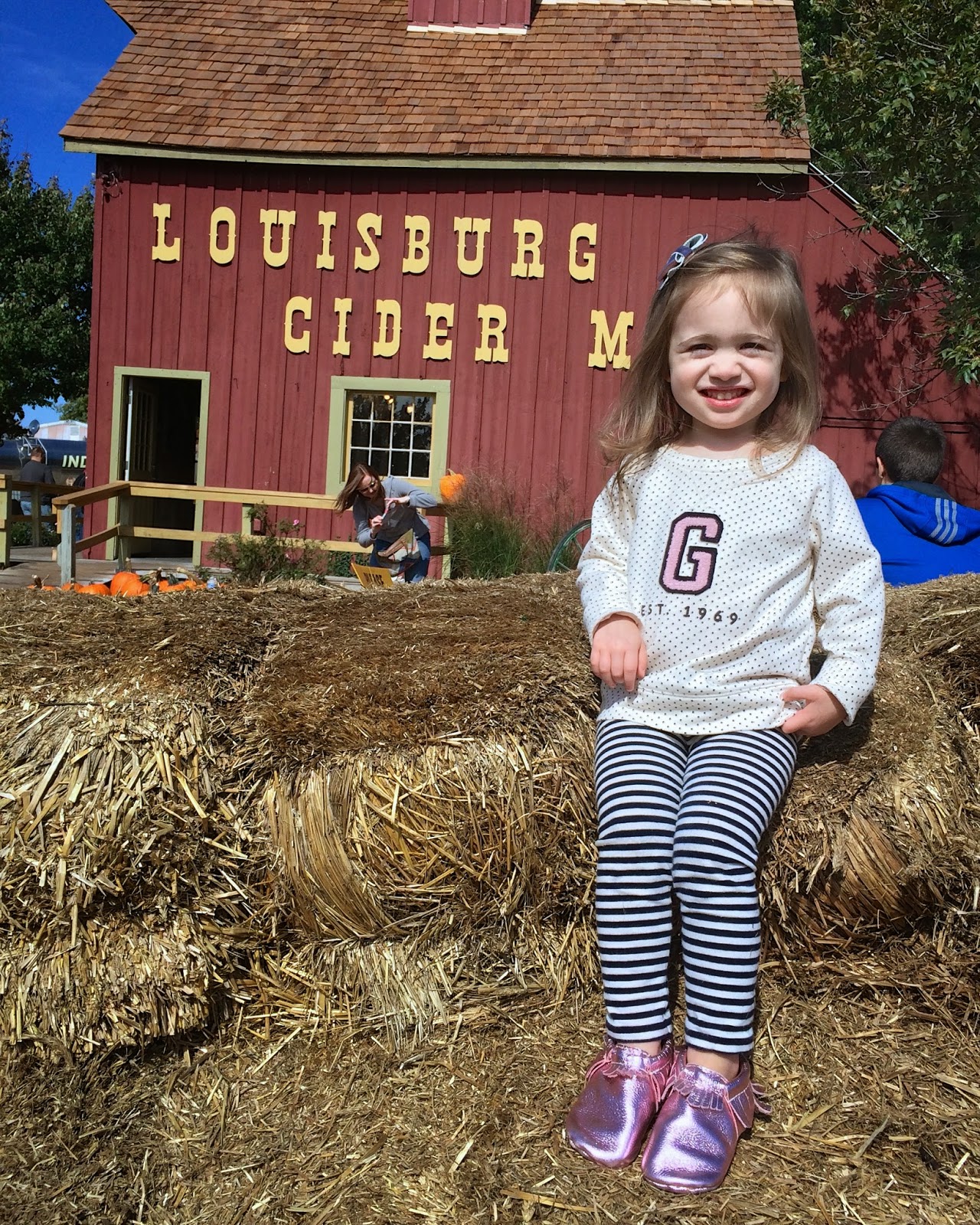 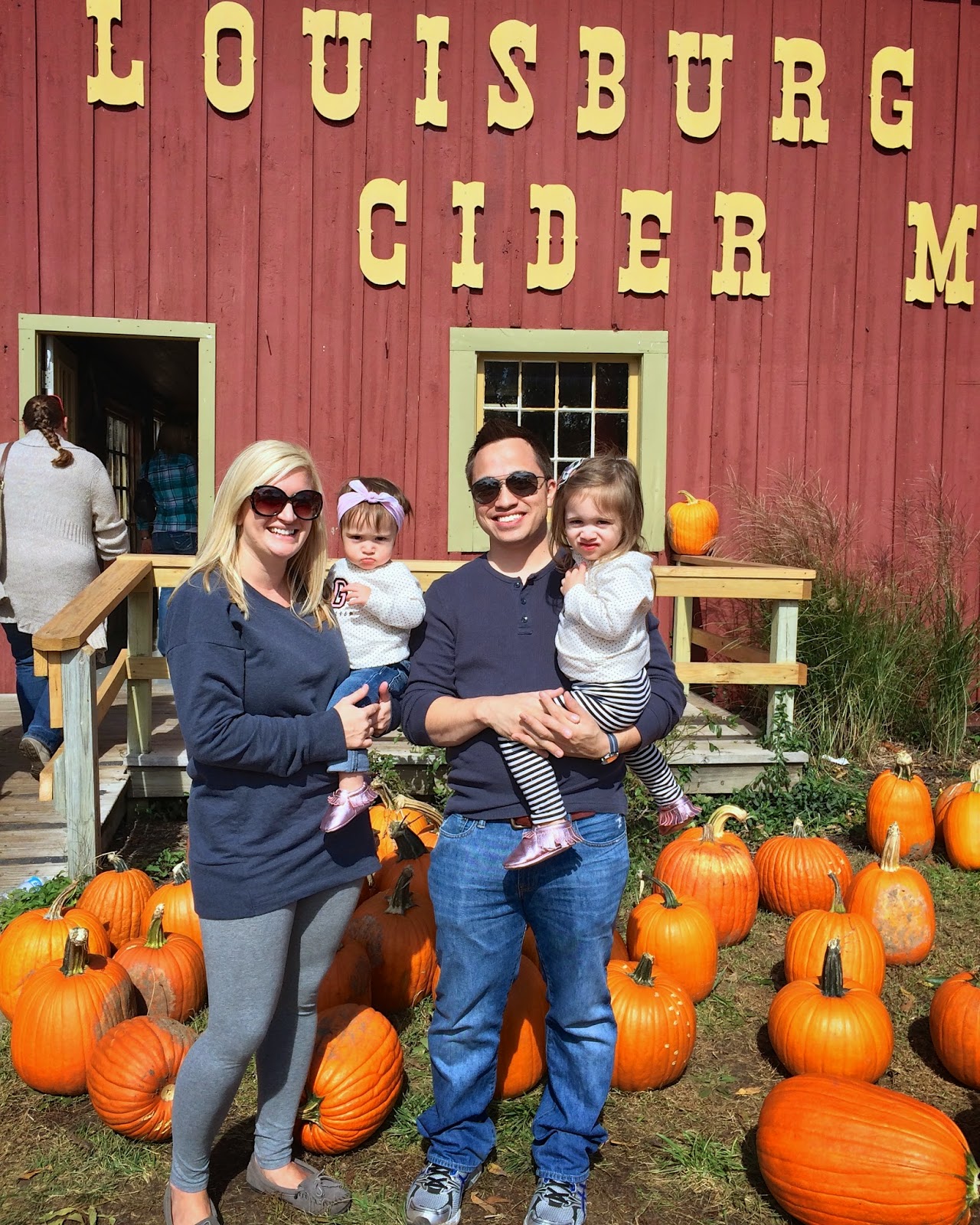 It ended up being such a fun outing. I was a little nervous when we were wandering around in the mud about a mile from food/restrooms, but making family memories like these are one of the many reasons I wanted to be a Mama in the first place. These little cuties were asleep about five minutes after we started the drive home... definitely a sign of a fun family outing. 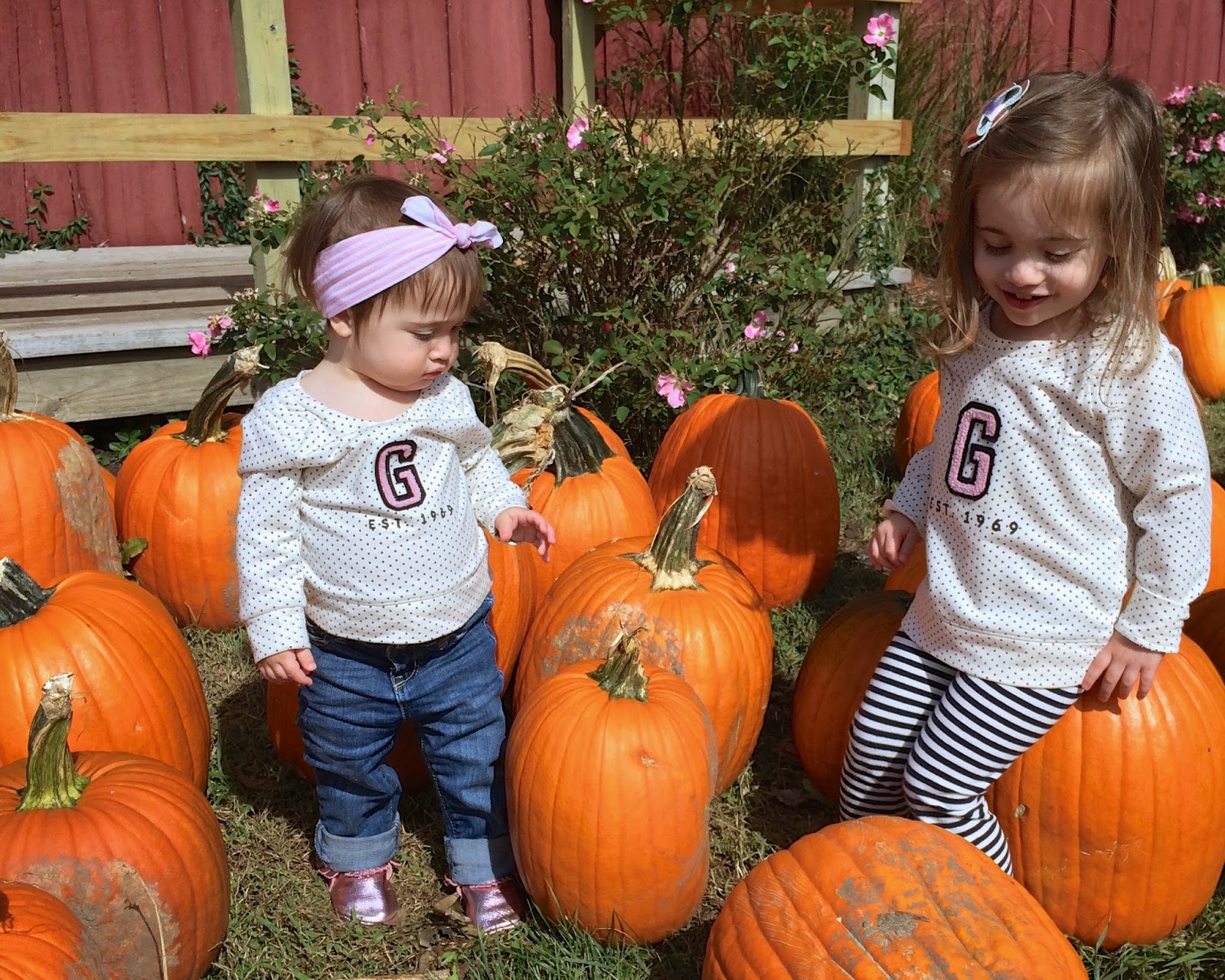